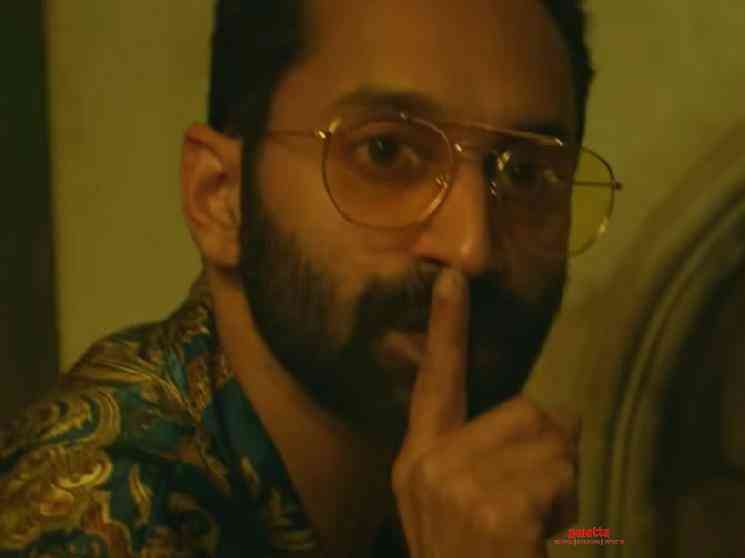 Owing to the global pandemic due to corona virus, several notable films have been releasing directly on digital streaming platforms and the latest to join the list is the Fahadh Faasil starrer Irul. Fahadh Faasil will be sharing screen space with the young and promising Darshana Rajendran (of C U Soon fame) and Soubin Shahir in this movie. Irul will skip the theatrical release and come out directly on the Netflix streaming platform. The announcement regarding this release plan was made by the makers, this morning (March 18). Irul will stream on Netflix from April 2 which means that we are just 15 days away from witnessing the film. The announcement was made along with the release of the films trailer which gives us a glimpse of what to expect. The trailer of Irul looks quite intriguing and shows high promise. It is packed neatly and the suspense is maintained throughout its runtime. Soubin Shahir seems to play a grey shaded character and the face off between Fahadh and Soubin looks exciting. We are sure that their portions are going to be a treat for the fans and film buffs. The trailer looks intense and keeps you intrigued. Soubin seems to play a novel writer in the film. Fahadh Faasil looks classy and he seems to have pulled off yet another interesting character in style. One does not need to talk about his talent as a performer and Irul is no exception. We can expect the fans to rave about Fahadhs performance in the film after its release. Darshana also garners attention with her performance and this looks to be a good successor to C U Soon. Darshanas eyes speak a lot and the makers have captured it neatly. The majority of the film takes place inside a single house and let us keep our fingers crossed and see how the film is packed. The film was planned and shot completely during the global pandemic with all safety precautions taken. The film is directed by Naseef Yusuf Izuddin, while the music is composed by Sreerag Raji. Produced by Anto Josephs Anto Joseph Film Company, in association with Jomon T Johns Plan J Studios, Irul is edited by Shameer Muhammed. For now, check out the intriguing trailer of Fahadh Faasil - Soubin Shahir starrer Irul (Malayalam) here:.
Fahadh Faasil's Irul - watch the stunning trailer of the film here! Don't Miss!. This article is published at 18 March 2021 08:10 from Galatta Malayalam Latest Film News stories, click on the read full article link below to see further details.