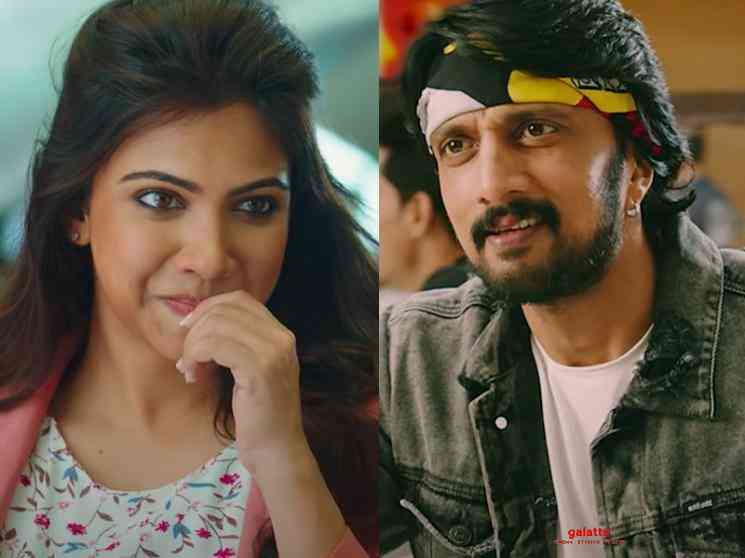 Kotigobba 3 is an upcoming Kannada action drama film which features Kichcha Sudeep in the lead role. This film is the sequel to the 2016 film, Kotigobba 2, that was directed by KS Ravikumar. Talking about Kotigobba 3, this film features Premam sensation Madonna Sebastian as the female lead, while the supporting cast includes Shraddha Das, P Ravishankar, Aftab Shivdasani, Nawab Shah, Danish Akhtar Saifi, Sudhanshu Pandey, and others. Produced by Soorappa Babu under the banner of Rambabu Productions, Kotigobba 3 has music scored by Arjun Janya, cinematography by Sekhar Chandra and editing by Praveen Antony. The film is directed by Shiva Karthik. The action sequences are choreographed by Kanal Kannan, Vijay and Anl Arasu. Kichcha Sudeepa is celebrating his birthday today (September 2) and marking the special occasion, the makers of Kotigobba 3 have unveiled the official teaser which has come as a special treat for the fans. The teaser looks quite good and has been packed with moments that would attract the masses. Going by the teaser, it looks like Kotigobba 3 will be a mainstream commercial action entertainer that will satisfy the general audience. The teaser has got a good mix of all the commercial elements and has got a pretty good reception from the fans. Madonna Sebastian is getting launched in Kannada cinema with Kotigobba 3 and it is indeed great that her debut film in Kannada is through a leading star heros film. She looks beautiful. The visuals are colourful and bright and the fun vibe is maintained throughout the teaser. Last but definitely not the least, Kichcha Sudeep is full of energy and his screen presence makes the viewers watch the teaser. He looks super fit as always. The films shooting is completely wrapped up and the makers are currently focussing on the post production works. Kotigobba 3 is expected to hit the screens after the pandemic when the theatres reopen. The fans have been delighted seeing the teaser and it has already been making good noise on social media. The teaser has been released on the official YouTube channel of Anand Audio who owns the audio rights of the film. Check out the official teaser of Kichcha Sudeep - Madonna Sebastian starrer Kotigobba 3 here:.
Kichcha Sudeep's Kotigobba 3 Official Teaser | Madonna Sebastian. This article is published at 03 September 2020 12:39 from Galatta Malayalam Latest Film News stories, click on the read full article link below to see further details.