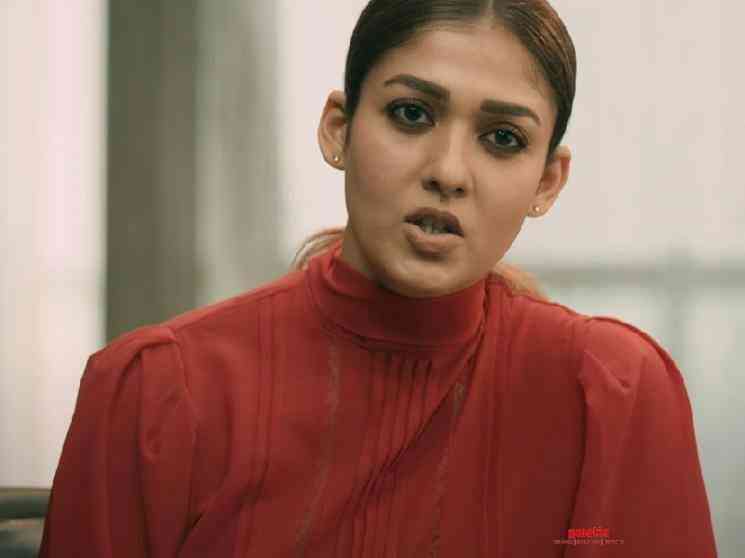 Lady Superstar Nayantharas next film in Malayalam cinema will be Nizhal in which she will be seen sharing screen space with Kunchacko Boban. Nizhal is a film that has had good expectations among the film buffs and the movie is now ready for its release. The official trailer of the film was launched yesterday (March 29) and it has opened to a very good response from the fans and film buffs. The trailer gives us an idea of how the film is going to be and Nizhal seems to be an intriguing thriller. The trailer maintains the suspense and keeps us puzzled about the core conflict and it promises to be an interesting watch. Nayanthara plays the role of a mother to a little boy, who is in his second grade. Kunchacko Boban plays an investigative officer and he unravels the mystery behind a murder. We will have to wait until the films release to know if there are any twists or suspense behind Nayantharas character. She also looks elegant and beautiful and her costumes garner attention - credits to the costume designer. The visuals in the trailer look impressive and there is a good sense of uniformity in the mood and colour tone of the visuals. The trailer is packed neatly with the highlight moments in the film and it has increased the curiosity among the audience. Nizhal is expected to release in theatres in April and an official word regarding the exact release date is awaited. Nizhal marks the directorial debut of the acclaimed editor, Appu N Bhattathiri and he seems to have got a potential winner in hand. If Nizhal manages to win the hearts of the audience, Appu N Bhattathiri will turn out to be one of the promising young gen filmmakers, and let us hope that the film gives the right kind of start for him, as a filmmaker. The film is produced by Anto Joseph under the banner of Anto Joseph Film Company in association with Melange Film House and Tentpole Movies. Nizhal will be released through the banner of AAN Mega Media. Nizhal has music scored by Sooraj S Kurup, while the cinematography and editing is handled by Deepak D Menon and Appu N Bhattathiri and Arunlal SP respectively. The films story is written by S Sanjeev. For now, check out the newly released impressive trailer of the Malayalam film, Nizhal, starring Kunchacko Boban and Lady Superstar Nayanthara here:.
Lady Superstar Nayanthara's next intriguing thriller film - Official Trailer is now out!. This article is published at 30 March 2021 12:56 from Galatta Malayalam Latest Film News stories, click on the read full article link below to see further details.