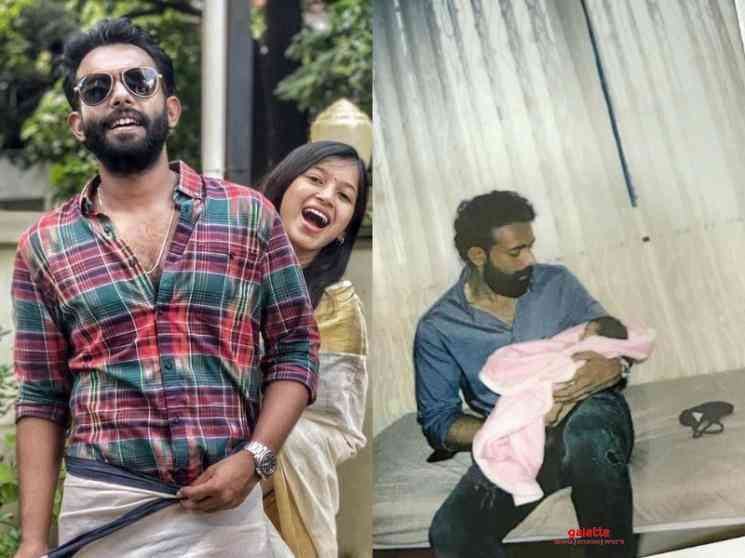 2020 has witnessed numerous memorable moments despite being a year filled with grief and tragedy. Among the extra-special events that made the spotlight this year, many celebrities either got engaged or married or welcomed a newborn into this world. Likewise, popular young Malayalam actor Arjun Ashokan, son of veteran comedy star Harisree Ashokan, took to his social media on Wednesday to share the happy news of being blessed with his first child. Arjun Ashokan and his wife Nikhita Ganesh made the announcement that they have been blessed with a baby girl on Instagram. Arjun posted a picture of him holding his little bundle of joy along with the caption, Our princess has arrived. Daddys girl and mammas world. ️ #blessedday #babygirl #mylove. Arjun married Nikhita Ganesh, a software engineer, on December 2, 2018. Below is Arjuns Instagram post: View this post on Instagram A post shared by Arjun Ashokan (@arjun_ashokan) Soon after Arjun Ashokans announcement, friends and colleagues of the actor dropped their wishes to the happy couple. Congrats to the two of you !!! Baby girls are the best !!, Dulquer Salmaan said while greeting the new parents. Premam and Kumbalangi Nights actor Soubin Shahir also conveyed his wishes to the new dad Arjun Ashokan and wrote, Mashaallha. Actress Samyuktha Menon, who is working with Arjun Ashokan in their upcoming film Wolf, too extended her wishes saying, After so many - where is the baby ??! Finally here is the baby Congrats both. Other notable celebrities who wished Arjun and Nikhita on their newborn include Sharafudheen, Vinay Fort, Krishna Prabha, Sarjano Khalid, Saynora, Manjari, Kailas Menon and Sanusha to name a few. Debuting in the 2014 Malayalam film To Let Ambadi Talkies, Arjun Ashokan soon after became a popular name after his appearance in Soubin Shahirs directorial Parava. He is also known for his performances in films namely Varathan, June, Unda, and Stand Up. Last seen in the Fahadh Faasil and Nazriya starrer Trance earlier this year, he is currently attached to films like Wolf, Thuramukham, Ajagajantharam, Thattassery Koottam and Nancy Rani to name a few..
Malayalam actor Arjun Ashokan and wife Nikhita welcome their first child - viral photo!. This article is published at 26 November 2020 06:51 from Galatta Malayalam Latest Film News stories, click on the read full article link below to see further details.