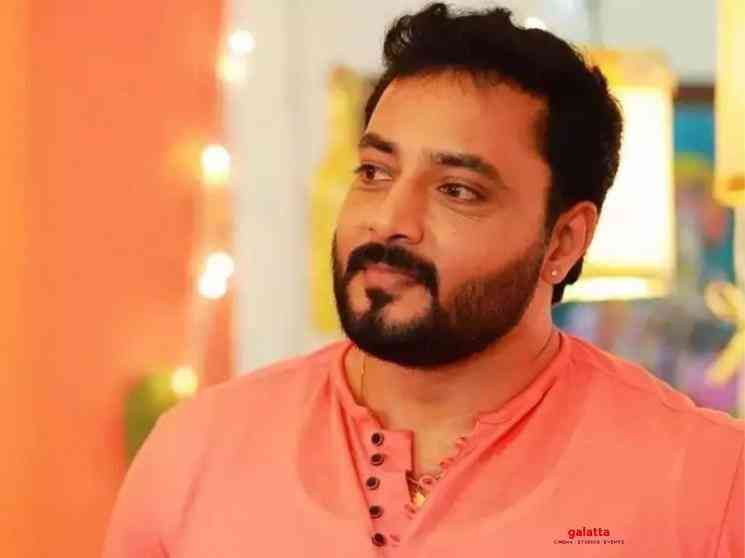 The year 2020 will come as a grief-stricken one for people around the world due to the spiralling number of deaths as a result of the coronavirus pandemic crisis. Apart from the COVID-19 outbreak, there have been several natural disasters across the world including man-made calamities, while a number of notable film personalities too have succumbed to their deaths this year. Among the most notable celebrity deaths that have caught the publics eye around of late would be the unfortunate passing away of Bollywood actor Sushant Singh Rajput and popular Tamil comedian Vadivelu Balaji. As many are yet to come to terms with the deaths of these celebrities, the news of popular Malayalam serial actor Sabarinath passing away at a private hospital in Thiruvananthapuram on the night of Thursday (September 17) has given shock to a number of fans. He was 49. Sabarinath is known among fans in the Malayalam entertainment industry for having starred in popular hit serials such as - Swami Ayyappan, Sagaram Sakshi, Pranayini, Minnukettu and Amala to name a few. According to reports, the actor was playing badminton when he had begun developing chest pains eventually leading to a cardiac arrest. Apart from acting, Sabarinath also held the title of being a national level badminton player. A native of Aruvikkara, he had married his childhood friend, Shanthi, an ayurvedic doctor and had two daughters. The untimely death of Sabarinath has come as a shock to many considering he was also starring in the serial, Padatha Panikili, which is airing on the Asianet channel. He also held the role of being a co-producer on the Sagaram Sakshi TV serial. Many in the Malayalam entertainment industry are sharing their condolences among whom is also his co-star and stage performer Archana Suseelan, who shared a picture along with the late actor, while captioning it, Cant believe RIP. View this post on Instagram Cant believe 😔😔😔 RIP🙏🙏🙏 A post shared by Archana Suseelan (@archana_suseelan) on Sep 17, 2020 at 10:36am PDT Neeyum Njanum actor Shiju AR too expressed his grief at Sabarinaths passing away saying, My heart felt condolences Still cant believe. View this post on Instagram.
Popular Malayalam serial actor Sabarinath passes away while playing badminton. This article is published at 19 September 2020 07:02 from Galatta Malayalam Latest Film News stories, click on the read full article link below to see further details.